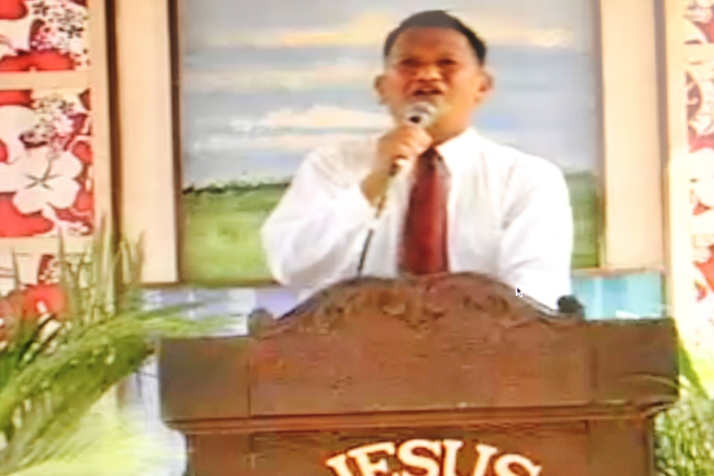 Here’s a testimony that would bring us encouragement and strengthen our faith as we meet the new year.

Bro. Edward Tan grew up in a wealthy Filipino-Chinese family. Never in his wildest imaginations did he think that there would come a day that all the affluence would disappear in the blink of an eye. But indeed, fate would have it that their family’s business went bankrupt and they lost everything including their home.

There were nights that Bro. Edward went home and find his siblings gone one by one, then he would find them sleeping in the streets. Gradually, his family broke apart and his siblings each went on his/her own way. Bro. Edward was so depressed he wanted to kill himself. He seriously planned to end his life, but when he was about to carry it out, he heard a voice speak, “Don’t do it. I love you.” Bro. Edward didn’t see anyone and he couldn’t understand what it meant. But this did stop him from taking his own life.

Bro. Edward stayed in Luneta Park, forlorn. One day, he was walking around the vicinity of the park destitute, until he reached Mehan Garden. He saw the worship service of JESUS MIRACLE CRUSADE INTERNATIONAL MINISTRY being held openly there. He stopped in his tracks, for, according to his testimony, he had nowhere to go anyway. He listened and observed and while he did so, he was amazed by what he saw: the beloved brethren were clothed in garments projecting holiness, singing and worshiping the Lord with all their hearts, minds, and souls. When the beloved Hon. Pastor Wilde E. Almeda stood up for the altar call, inviting all those who are lost to come and receive the Lord Jesus Christ, Bro. Edward thought, “Is this what it means by the voice I heard?”

Bro. Edward felt the love he was longing for. That night, he received the Lord Jesus Christ as His Savior and was baptized in water in His name.

He left the place with peace and joy in his heart for the first time in years. About two days after having received the Lord, he was walking again around Manila not really knowing where to go. But the Lord had set the cycle of blessings on his life so that on this particular day, he met his old classmate. The classmate was shocked to learn about Bro. Edward’s family’s misfortune. He invited Bro. Edward to their home in Corinthian Gardens in Pasig City, gave him clothing, and a job in one of their family’s gas stations.

Bro. Edward was so glad and his faith in God was all the more strengthened. He believed that God had finally started to bless him. When he received his very first salary, and although he wanted so much to buy the food that he was craving for, he gave it all to the Lord as his first fruits offering. He wanted to honor Him with it.

Later on, Bro. Edward desired to have another job and he prayed earnestly for it. He saw an ad in the newspaper and he wanted so much to have that job. The only problem was, this big multinational company was looking for applicants that were graduates of Ateneo, La Salle and UP. He didn’t even finish second year college and not in one of those schools. But, he had great faith in God, believing that He would be the One who would give him this job. So, by faith in Jesus’ name, he proceeded to apply.

He testifies that when he walked into the room, the other applicants who were graduates from the three reputable schools, looked at him from head to toe. They whispered to each other and couldn’t hide their amusement. They laughed at him. There were seven levels of  interviews in all, through different managers and executive officers. Even the first interviewer was surprised to see him and asked if he knew the requirements. Bro. Edward told him the truth about himself, and he also professed his faith in Jesus Christ. He started to share God’s miracles and mighty deeds in the Church. The interview turned out to be a sharing of Gods’ testimonies.

At the end of the first interview, the manager told Bro. Edward that he passed it and he was going to the next level. And so it was, until Bro. Edward completed all seven levels of interview, and he got the job he was desiring for.

At this point, I remember King Nebuchadnezzar of Babylon, how God humbled him and showed him that He reigns over all the earth, frustrates the schemes of men, and derides their worldly wisdom. Meditate on the following:

Bro. Edward continues to serve the Lord faithfully to this day.

Error: Twitter did not respond. Please wait a few minutes and refresh this page.

There was an error retrieving images from Instagram. An attempt will be remade in a few minutes.