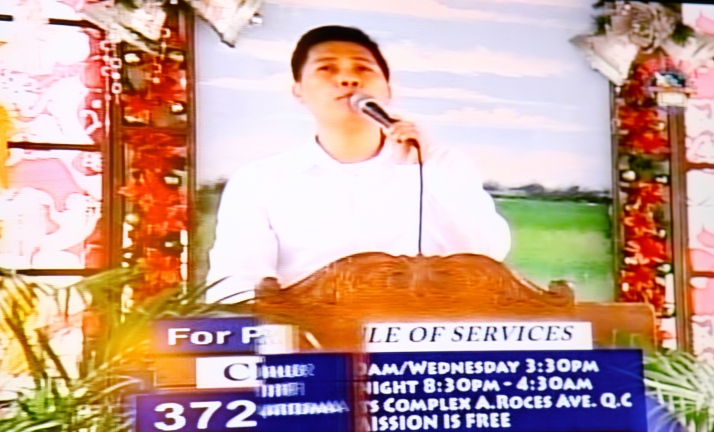 Bro. Rommel Domantay was saved years ago through the healing and salvation of her beloved mother who was suffering from kidney disease. Their family had spent a lot on numerous hospitalizations and medications for his mother hoping she would be cured. But they were disappointed; they did not receive the healing that they were looking for.

One day, a sounding team for a spiritual and healing crusade by the JESUS MIRACLE CRUSADE INTERNATIONAL MINISTRY passed by their place in Pangasinan. They were invited to the crusade and Bro. Rommel’s mother was more than eager to go. As soon as his mother entered the gate to the crusade, she felt like she was doused all over with very cold water. They told her it was the presence of the Holy Spirit welcoming her. During that crusade, Bro. Rommel’s ailing mother received healing instantly and miraculously in the name of Jesus!

Then two years ago, Bro. Rommel himself fell ill. He was diagnosed to have gallbladder stones. He lost his appetite and began to lose weight. When he had gallbladder attack, he writhed in pain and was unable to eat or drink. Three hospitals and three specialists that he went to pronounced the same finding and opinion: Bro. Rommel needed an immediate surgery. He had three large gallstones and they had scattered in his gallbladder. Bro. Rommel was desperate but he held on to his faith that the Lord Jesus Christ would heal him, just as he had witnessed her beloved mother miraculously healed.

He went to the fasting house to offer prayer with fasting. While there, he was counselled by a preacher to extend his fasting to 10 days. By the grace of God, Bro. Rommel submitted himself to 10-day fasting, and at the end of it, he received the healing he desperately sought for. His gallstones dissolved and disappeared miraculously without surgery or medication.

The power of prayer with fasting has not waned through the ages. Even in this ultra-modern world, when a Christ believer and follower in JMCIM has a strong faith to be healed in Jesus’ name and through the prayers of the beloved Hon. Pastor Wilde Almeda – he or she will receive the healing he or she seeks for!

Halleluiah! To God be all the glory!

God bless us all! 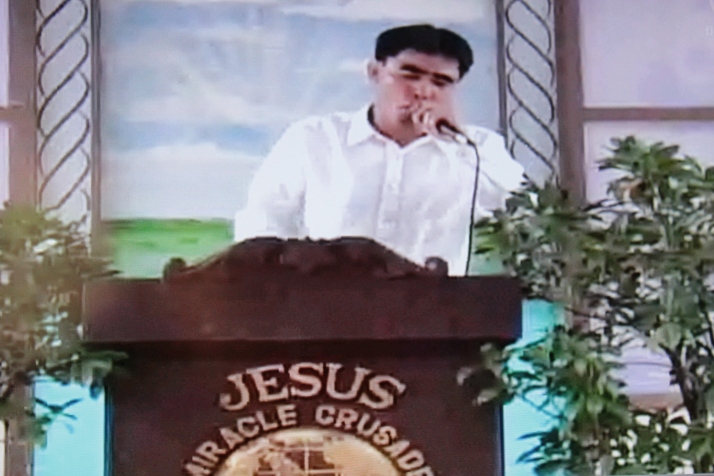 Brother Boy Manguera, a preacher of the JESUS MIRACLE CRUSADE INTERNATIONAL MINISTRY, was in tears as he thanked and exalted the name of the Lord Jesus Christ in his latest testimony. He was weeping in awe, amazement, and deep gratitude as he related the recent miracle that happened to him.

At dawn of Monday (October 3), just after the victorious celebration of the 11th Mindanao Peace Mission Anniversary and Thanksgiving Crusade, Bro. Boy, together with the other preachers from around the country, was sitting on a chair inside our beloved Hon. Pastor Wilde E. Almeda’s tent on the stage of the Quirino Grandstand in Luneta.

Then without minding his surroundings, Bro. Boy leaned back not knowing that the place where he was sitting had no barrier except a curtain, and so suddenly, he was on a free-fall. He fell backwards from a height of more or less ten feet and landed on the concrete floor head first.

He testifies that although the impact was so strong, he didn’t feel anything. He sustained a large gash on his head from which copious amount of blood spurted. But all the preachers did not delay in rushing to where he was lying and all-together prayed in faith with power and authority. After the prayer, the flow of blood instantly stopped and Bro. Boy was brought to a clinic where his wound was sewed up. Miraculously, he was well after his horrifying fall. Halleluiah!

Bro. Boy used to live in depravity, going out with evildoers and wallowing in vices. Because of this, he acquired sicknesses and diseases such as weak lungs and acute ulcer. He had no hope of a new life, but one day in 1986, he found the Lord Jesus Christ in a crusade of the Jesus Miracle Crusade Int’l. Ministry. That day, he received the Lord Jesus in his life as his Lord and Savior, was baptized in water in His name, and surrendered his life to Him.

His life was completely changed and all his diseases were healed. He became a preacher of the Church, and together with his whole family and relatives  who were also saved later, pioneered the outreach in Lemery, Batangas. Their hard, miserable life before was blessed abundantly by the Lord.

In 2007, Bro. Boy’s faith was tested when he became sick of gallstones. He could no longer eat and so, he lost a lot of weight. He also couldn’t sleep for almost three months. The doctor who diagnosed him prescribed many medicines that he must take daily and advised that he must undergo immediate surgery. He was warned that if he wasn’t operated on immediately, he might die in just four months or become comatose.

But Bro. Boy refused surgery and also didn’t buy any of the medicines. He knew that his sickness was just “a reminder” from the Lord for he had been contemplating giving up preaching. He knew his plan wasn’t the will of God.

He sought counsel from the house of our beloved Hon. Pastor Wilde E. Almeda and he was told that he was called to preach and should never turn his back from God’s holy calling. Right then and there, Bro. Boy vowed to the Lord that he would go back to preach the Gospel with boldness. Instantly, he felt relief and was able to eat well and sleep soundly. He obtained complete healing without surgery or medicines!

To my beloved brethren-in-Christ, I included the recorded Tagalog testimony of Bro. Boy Manguera below. I pray that you will share it with others also.

God bless us all!